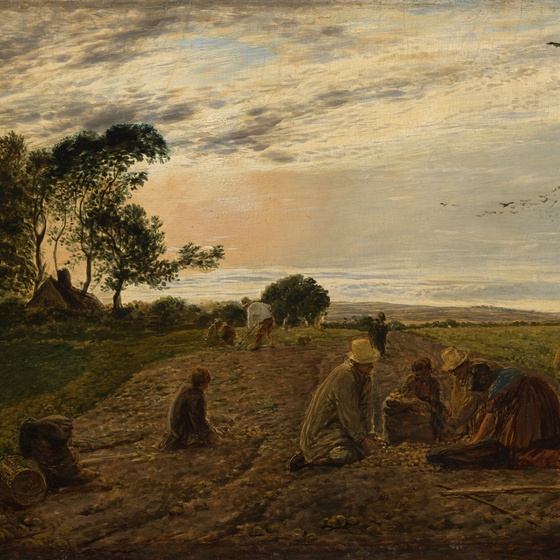 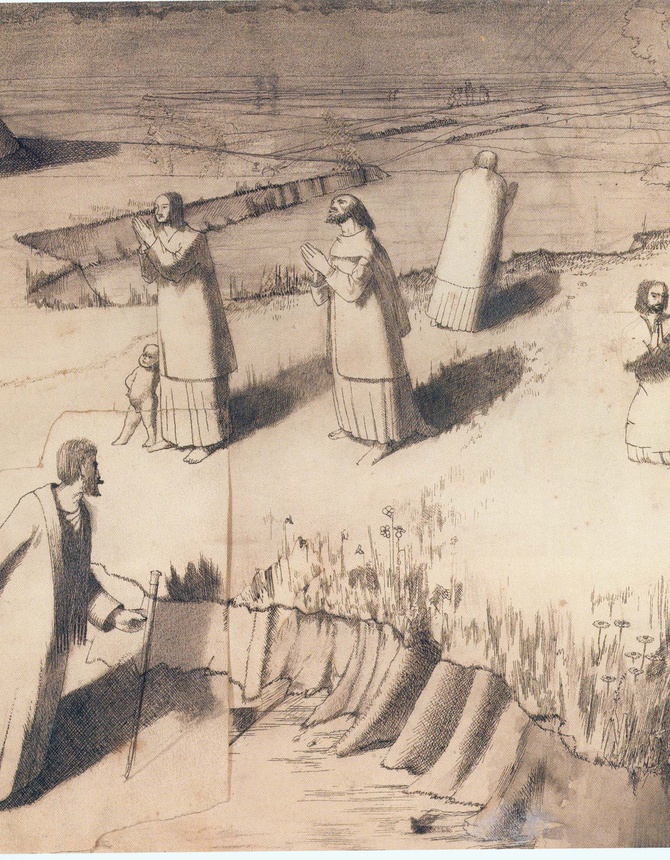 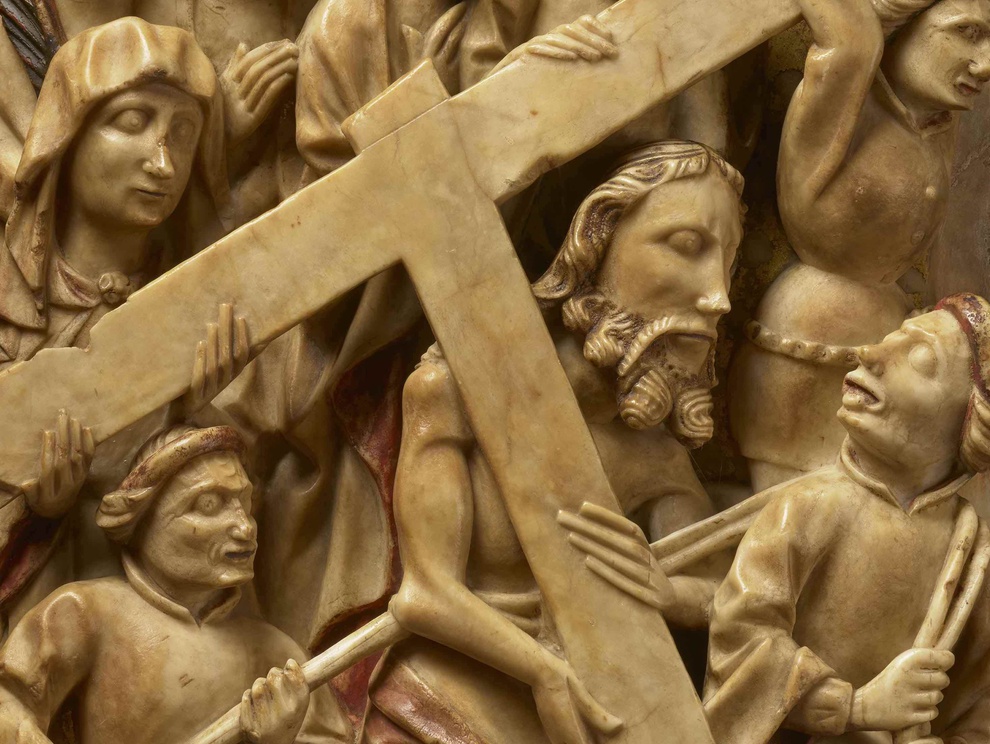 The Gallery will be exhibiting a thought-provoking and varied selection of British works of art spanning 500 years including a 15th century Nottingham alabaster religious relief, a Luddite landscape by John Linnell, a Algernon Newton painting from the 1940’s, and a 1911 Stanley Spencer drawing.

A Metaphysical Arcadia seeks to explore and celebrate the fundamental nature of two very British art forms to create a rich ekphrasis – a vivid description - of a truly British cultural landscape. The rich history of this nation’s visual and literary art forms are united to capture something thought-provoking and of feeling - after a period in which we have been deprived of such experience over the past 12 months.

Poems reflect, heighten, compliment, and diverge from their visual counterpoints and this is the same the other way around. Paintings and sculpture can equally inform our cognition of a poem. We have selected couplets of artworks and poems that form meditations on such broad themes as religion, identity, mortality, time, love, landscape and surreality; these threads we found offer a very British take on the notion of an aesthetic arcadia.

The earliest work in the show, a Nottingham Alabaster depicting Christ on the Road to Calvary, is an early example of a liturgical image being used to convey a narrative story; expressing the anguish and pain of the event and the hardship of Christ’s journey to Calvary in a way which the lay person could comprehend. The artwork is a masterpiece of religious alabaster relief sculpture, an industry which enjoyed great success in England during the 14th and 15th centuries when such works were exported all over Europe. This piece finds its religious compliment in William Blake’s magnus opus, Jerusalem, which explores ideas of religion, patriotism, and nostalgia in relation to the industrialisation of the nation he saw around him.

John Donne arriving in Heaven by Stanley Spencer is a captivating drawing emanating out of a young artist’s mind, encapsulating a role that for Spencer, as for many artists, in terms of their experience and cultural influence, originate from literary precursors as much as visual ones. Meanwhile, Benjamin Zephania’s poem The British perfectly reflects French émigré Gaudier Brzeska’s portrait of a fellow immigrant to Britain, the critic, Horace Brodsky, in remarkably vivid and synthetic colours is a poignant counterpoint to a new and modern multicultural country.

It is a very English idea that ‘poetry’ can be broad enough to encompass any imaginative response to the world. Perhaps armed with this pansophic poetic lens we can view John Linnel’s Potato Pickers, Isle of Wight as something elegiac, despite the humble simplicity of the scene depicted. As Samuel Taylor Coleridge said in 1817 in praise of Wordsworth: “It was the union of deep feeling with profound thought: the fine balance of truth in observing with the imaginative faculty in modifying the objects observed; and above all the original gift of spreading the tone, the atmosphere , and with it the depth and the height of the ideal world, around forms, incidents, and situations, of which, for the common view, custom had bedimmed all the lustre, had dried up the sparkle and the dewdrops.”

The Gallery will be exhibiting a thought-provoking and varied selection of British works of art spanning 500 years including a 15th century Nottingham alabaster religious relief, a Luddite landscape by John Linnell, a Algernon Newton painting from the 1940’s, and a 1911 Stanley Spencer drawing.

Danny Katz began dealing in art in 1968 and subsequently held positions at the Victoria and Albert Museum. The gallery now works with the world’s top museums facilitating the acquisition of important European sculpture, notably amongst which are: the large marble figure of a Bathing Woman by Giambologna discovered by Danny and sold to the J. Paul Getty Museum 40 years ago; an ivory Christ at the Column by Francois Duquesnoy at the NGA Washington; and a large Jacopo Sansovino St John the Baptist in bronze now in the Princely Collections of Liechtenstein.