What's On / Past exhibitions / Lars Wander: Perry, Mary, and Lars

An exhibition of digital artworks that are the culmination of a process that sees the artist flicker between the digital and the physical. The works are born through a mixture of human and automated techniques.

While Lars Wander’s final artworks are digital pieces, they have a material and organic feel that suggests there’s more to them than meets the eye. They are computer-designed yet organic, machine-made yet imperfect. The series is so clearly conceived and curated by a human, though the not-quite-perfect precision of the plots suggests the artist is making a point of the collaboration between man and machine.

In 2020, Lars Wander began pen-plotting as a hobby during shelter-in-place. Unbeknownst to him, this programmer began to walk in the footsteps of the Algorists, the artists who paved the way in creating art using algorithmic procedures beginning in the 1960s.

The term Algorist was adopted by Jean-Pierre Hébert in 1995 for fellow artists who developed new algorithms to create art dating back to the 1950s. The nomenclature was adopted by Jean-Pierre Hébert who was a member of a core group of algorithmic artists including Harold Cohen, Herbet W. Franke, Manfred Mohr, Vera Molnar, Forest Kenton Musgrave, Frieder Nake, Georg Nees, and Roman Verostko. Today, the term Algorist has expanded to identify artists who employ original algorithms in the process of creating their art.

For Lars, his algorithmic art practice began with a pen-plotter, affectionately named Perry. Later they were joined by Mary (mega-Perry). Together, over the course of two years, the three of them produced artworks spanning a wide range of physical media, computer languages, and novel algorithms. In collaborating with these algorithms and pen plotting machines, Lars has tapped into what can be considered as the root of modern day generative art.

In his debut solo show, Perry, Mary, and Lars, the artist displays a wide range of outputs that, for the most part, were made independent of any knowledge of those who came before him. However, a common string can be found in this new work and that of the original Algorists. As of late, Lars has been pushing the boundaries of his practice and veered from strictly using the plotter to create his works; but, it is this practice that built the foundation of Wander’s beloved generative outputs that have been as of recent, embraced by the generative art community at large.

By organically tapping into the root of algorithmic art, Lars Wander has embarked on a journey that many are calling an artistic revolution. ARTXCODE and Verse are pleased to share with you today his humble yet wonderfully complex beginnings.

The precision of Lars’ work is no surprise given his background; however, its beauty lies in the air of freedom that accompanies the technical. 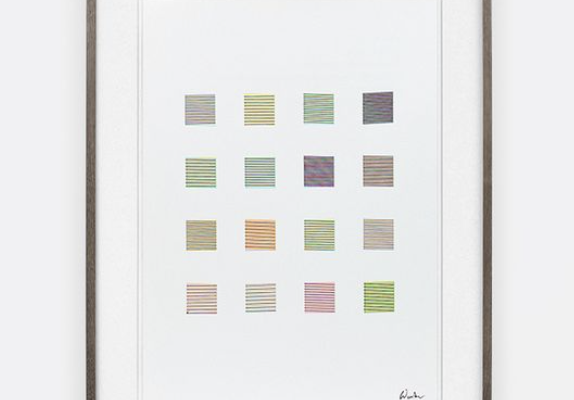 Verse was founded by a team with extensive experience and strong relationships in the art world. They present established artists whose works are featured in some of the top museums and galleries around the world.

As it stands, NFT buyers have to navigate platforms with caution over fears of pump and dump schemes, massive depreciation, fraudulent listings and other scams. Verse offers users security. All works listed on Verse are by credible, established artists.

One of the most prestigious photography awards in the world, celebrating the very best in contemporary portrait photography, selected by a panel of judges from 4,462 entries from 1,697 photographers.

Arcmanoro Niles, You Know I Used To Love You but Now I Don’t Think I Can: There Ain’t No Right Way To Say Goodbye Again

Lehmann Maupin presents You Know I Used To Love You but Now I Don’t Think I Can: There Ain’t No Right Way To Say Goodbye Again, an exhibition of new paintings and works on paper by New York-based artist Arcmanoro Niles.

An exciting collaboration between Zuleika Gallery and Facet & Fable, The Winter show will present a vibrant and diverse collection of rare jewels and fine art.

A winter exhibition dedicated to the animal drawings of 20th-century pioneer Sven Berlin.