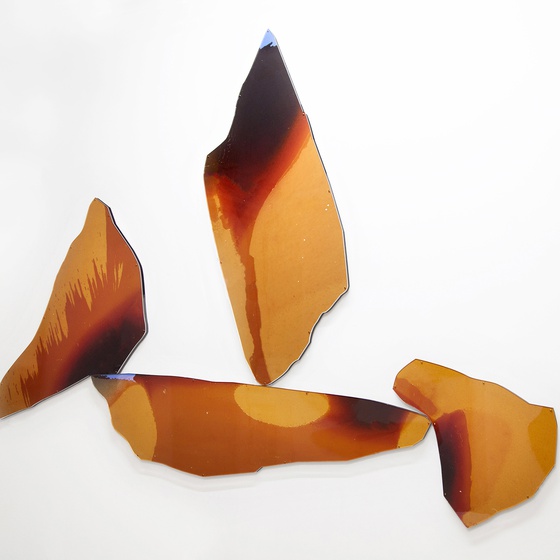 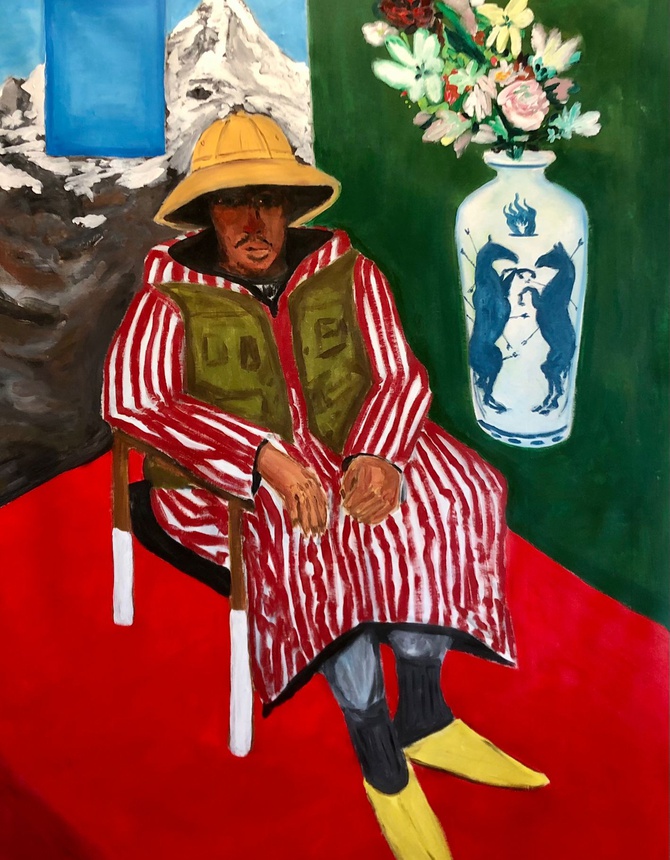 The Third Line at Cromwell Place

Hosted by: The Third Line

What's On / Past exhibitions / The Third Line at Cromwell Place

An artist, writer, and filmmaker. She grew up between the United States and Qatar before moving to Egypt to study comparative literature at the American University in Cairo. She next completed a graduate degree in aural and visual cultures at Goldsmiths, London.

The seemingly disparate sources of inspiration for Al Maria’s multidisciplinary practice include pop culture, anime, Arabic poetry, sci-fi, and her personal experience of pollution and climate change. Working primarily with film and narrative text, the artist weaves captivating tales as a way to process her thoughts and feelings about the future, particularly in the current extinction climate. Her recent work focuses increasingly on the isolation of individuals via technology, consumerism as proxy religion, and how agency and chance play in the blinding approach of an uncertain future.

Growing up between the Pacific Northwest and the Gulf, Sophia Al Maria saw firsthand the effects of pollution and global warming. Her sci-fi and fantasy style depictions for the future do not focus on a utopia but rather, recognize the possibility of the end of life as we know it. Despite her fear of an apocalyptic future for mankind, Al Maria remains fascinated by ruins. Pre-Islamic poetry often begins with al-atlal (literally ‘the ruins’) in which the poet may describe a site abandoned by his great love; the ash of a burnt-out fire, the evidence of a tent in which she laid down her head. This method of elevating the detritus of existence had a profound effect on the artist, informing much of her
work.

Along with friend and musician Fatima Al Qadiri, Sophia coined the concept of Gulf Futurism. In Sad Sack, a recently published collection of writings, Sophia explores the possibility that, in some respects, the Gulf is already living within the future imagined by those in the West. She investigates the various ways in which this future is not evenly distributed or that it is simply misunderstood, particularly with regards to feminism. Misunderstanding and bias are partly responsible for Al Maria’s mistrust in narratives and experiments with works told from the viewpoint of an omega character, giving a worm’s-eye perspective. In her richly imaginative works, Sophia demonstrates
the fascinating way in which storytelling is used to understand the past and to imagine the future.

Self-taught artist Anuar Khalifi was born in 1977 in Lloret de Mar, Spain. Currently based between Barcelona and Tangier, Anuar creates richly detailed and vibrant paintings that reward the keen eye with their captivating layers of meaning. Within these layers, the artist explores a wide range of themes such as identity, duality, diaspora, orientalism, colonialism, extremism, and consumerist society.

Anuar’s paintings demonstrate his understanding of both the stylistic elements and the socio-political spirit of neo-impressionism. Mixing fact and fiction to confront stereotypes about the

Middle East, his works are at times ironic and humorous, evoking a childlike naivety as the artist dismantles the canon of orientalism.
Anuar spent a great deal of time as a child drawing, a pastime that informs his practice today, particularly in his color palette and arrangement of characters. Typically, autobiographical in nature, the figures include adolescents, young adults, and occasionally an older male and are often depicted in an absurd setting or mischievous act. The bold use of color reinforces the youthful, playful tone, however, Anuar subverts popular culture to leave subtly sophisticated reminders that his work is layered with topical social discourse. Focusing on the journey of the individual, Anuar inventively maps out the surroundings that his characters inhabit, settings that encourage discussions around spirituality and mortality. The artist deliberately leaves space within the narratives engaging the viewer and creating a private intimacy that allows for freedom, authenticity, and ecstasy to reign unimpeded.

Anuar highlights the persistent misrepresentation observed by those straddling more than one culture or place. Omnipresent within the state, media, and religion, Anuar exposes how this warping of Eastern and Western iconography disrupts the human comprehension of reality. Challenging notions of identity, society, and justice, Anuar’s work considers the outcomes of a state in which spirituality disappears only to be replaced by mediocrity and the denial of the self. With skepticism dominating modern thought, dismissing all that cannot be measured, Anuar considers the modern role of tradition, language, and understanding. His unique blend of fictional characters posed against brand imagery creates an experience of a world that spans across realities, bridging visuals of the past with that of a globalized contemporary culture.

Based between Spain and Morocco, Anuar’s works examine identity and traverse worlds, both real and imaginary, as do his protagonists. They appear of this world, depicted in manner akin to models posing in the artist’s studio, but they are in fact born out of the artist’s mind. Perhaps versions of himself, rendering the works unintentionally autobiographical. His own depiction may be altered or obstructed, but the figures still share visible traces of his original form such as gender, age, background; thus acting as palimpsests.

A Syrian artist who grew up between Dubai and London. She received her MFA in Fine Art Media at The Slade School of Fine Art, London (2014), completed her Bachelors in Photography from London College of Communication (2010) and
Art Foundation at Chelsea College of Art (2007).

Through visualizing micro-formations, Sara's practice dissects how proportion shapes our perception and notion of boundary. Sara explores the physicality of those 'boundaries' and their forms, with the fundamental question: If borders do not exist on a cellular scale, can we define ‘border’ on a macro scale? Sara questions the way we encounter the sinuous line between interiority and exteriority - whether that tension be the body’s skin, digital communication glitches, or chemical reactions.

Sara Naim’s body of work Reaction is a series of sculptural photographs that magnify a small area of polaroid film, where chemistry and light react to form microcosms of chemical reactions. The magnification theoretically questions what creates an image, and how this instantaneous way of photographing is considered to be either analogue or digital, an especially relevant question to today’s way of image making. The artwork's odd shapes move the 2-Dimensional into something more 3-D, and to remove the standard photographic format to employ a more organic form. These shapes mimic the intentional but arbitrary form of chemical reactions.

The gallery hosts non-profit, alternative programmes to increase interest and dialogue about art in the region, their book 'wing Works on Paper' publishes associated artists. The Gallery has been pivotal in the development of Dubai’s artistic landscape since 2005. At Cromwell Place, The Third Line presents exhibitions continuing their established narrative and representation.

Spread across nine spaces and 4 buildings, the Royal College of Art will present a satellite event for their annual Painting and Sculpture Degree Show, comprising work from their 2021 cohort of students.

Ingleby at Cromwell Place with Masterpiece 2021

A Good Line A Good Lie