What's On / Past exhibitions / The Natural World

The leading highlights of the exhibition are three of only four textiles in existence produced from one of nature’s rarest materials: the silk of golden orb-weaver spiders (Nephila Madagascariensis). Consisting of two shawls and a lamba, these artworks represent the culmination of centuries of tireless human endeavour and ambition to harvest one of the most beautiful but elusive materials on our planet. They also represent the culmination of almost 20 years of work and effort by Simon Peers and Nicholas Godley who led the project in which a large team created these pieces from the silk of more than two million spiders.

The process included fifteen years of research, drawing what knowledge they could from the efforts which preceded them in the 18th and 19th centuries, designing and re-designing equipment for silk extraction in a tireless process of trial and error, and with little more for guidance than images in centuries-old notebooks, a selection of which will be on display at the exhibition. It then took a further eight years for production, during which they employed and trained a large team, including eighty men and women to scour the highlands of Madagascar for five years collecting spiders every morning for ‘silking’ before returning them, unharmed, to the wild that same evening.

The silking process was managed by harnessing groups of twenty-four spiders at a time, each spider placed in an individual compartment with equipment custom designed and built to enable the careful threading of silk from their spinnerets onto cones. Systems were then devised and adapted to accommodate the very special properties of this silk, to allow for it to be thrown, twisted and transferred onto bobbins. Finally, it was placed onto handlooms for weaving, and then into the hands of weavers who had mastered the techniques necessary to manage the special tensile properties of the silk. All of which was completed by hand, without a single mechanical process, and a carbon footprint of net zero.

Simon Peers is a highly reputed English textile designer and creator who has lived in and loved Madagascar for over 30 years and whose traditional Malagasy textiles can be found amongst the world’s great houses and museums. Nicholas Godley, whose grandmother was born in Madagascar, has been fascinated by the island since his first trip there in 1993 as a development economist, exploring ways for raising living standards in one of the world’s poorest countries. As an entrepreneur he recognised the possibilities for an unexplored natural resource with extraordinary properties of strength and elasticity whose potential to science remains full of promise. Attempts to replicate these properties into synthetic materials continues to attract enormous funding within the most innovative science laboratories across the world.

The project also produced a cape which is not included in this exhibition. The textiles have previously been exhibited at museums including the American Museum of Natural History in New York City in 2009 (an exhibition which broke the museum’s visitor records), the Chicago Art Institute in 2011 and the Victoria and Albert Museum in London in 2012, which dedicated six months to showcasing the
textiles in a standalone exhibition to wide public acclaim. 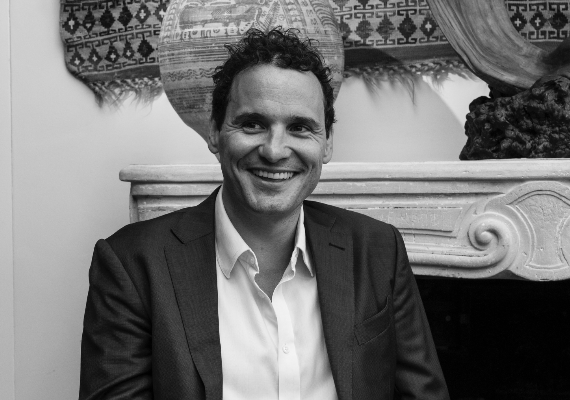 Established by the late Oliver Hoare (1945-2018) and now led by his son, Damian, and Ann Corne, both of whom worked alongside Oliver for many years, the business originally specialised in Islamic art, advising a number of collectors and museums throughout the Middle East, as well as in Europe, the US and Japan.

More recently the gallery has hosted the acclaimed series of exhibitions titled ‘Every Object Tells a Story’ showcasing diverse objects of exceptional quality alongside the extraordinary stories they have to tell; these have taken place in 2012 (Ciancimino, Pimlico Road), 2015 (33 Fitzroy Square) and 2017 (The Lavery Room, Cromwell Place). Subsequent exhibitions include ‘The Silk Road’ (2018) and ‘An Exhibition of Music’ (2019), both of which continued to reveal the unexpected, unusual, interesting and often overseen.

One of the most prestigious photography awards in the world, celebrating the very best in contemporary portrait photography, selected by a panel of judges from 4,462 entries from 1,697 photographers.

Arcmanoro Niles, You Know I Used To Love You but Now I Don’t Think I Can: There Ain’t No Right Way To Say Goodbye Again

Lehmann Maupin presents You Know I Used To Love You but Now I Don’t Think I Can: There Ain’t No Right Way To Say Goodbye Again, an exhibition of new paintings and works on paper by New York-based artist Arcmanoro Niles.

The Philharmonia Orchestra and Cromwell Place present a series of concerts reflecting on current exhibition themes.

An exciting collaboration between Zuleika Gallery and Facet & Fable, The Winter show will present a vibrant and diverse collection of rare jewels and fine art.