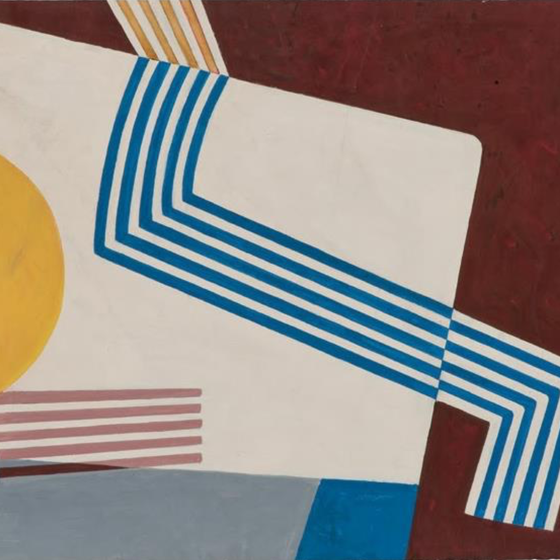 What's On / Past exhibitions / Cacophony

Founded in 2014, AB-ANBAR is one of the leading independent galleries in Tehran and the artists presented in this exhibition are representative of the gallery’s ongoing mission to promote internationally important works by artists from Iran and other latitudes. The exhibition is part of the Middle Eastern focus week at the Cromwell Place held in association with Abu Dhabi art fair and is timed to coincide with ‘Epic Iran’ at the V&A which also features the work of Timo and 3 other artists from the gallery programme.

Few societies have experienced such a period of rapid modernization as Iran during the last century and the flow of ideas and artists both in and out of the country that this has produced. Whilst all the artists featured in this exhibition have a common Iranian heritage which has informed aspects of their work, it is their Internationalism which shines through and the merging of different cultures towards a quest for a new identity.

This exhibition is about order but ‘order’ as a concept is challenged by an intuitive analysis of ‘chaos’; a state alluded to in the exhibition title ‘Cacophony’ with its direct reference to the eclectic soundscapes utilised in the video and installation-based work of Balassanian. The featured works in Cacophony vary from the very chaotic scenes painted by Fathizadeh and the experimental films of Balassanian – to the precise highly ordered geometrical compositions of Timo’s or Vaziri’s. Balassanian’s paintings stand somewhere in the middle of this spectrum, mediating an orderly/disorderly amalgamation or transformative modes.

Seen as a whole, the works in Cacophony reveal a clear message: there is an embedded chaos within societies and individual civilians; a state of anarchy. Even the most ordered forms or living conditions have concealed states of turmoil within them. This condition is revealed vividly here in some of the works by Balassanian and Fathizadeh but seen in a confrontational yet tamed and ordered way in the works by Vaziri and Nasseri.

Sonia Balassanian b.1942 (Armenian, Iranian, American) has exhibited widely, including MOMA NY and the Armenian pavilion at the Venice Biennale in 2007 and is perhaps best known for her work focussed on identity and human rights activism. This exhibition is an opportunity to experience 3 of her seminal video works, including Haghpat2, Chain and 1555 – a dynamic reworking of the poem about endurance in the face of death by Zoyar Mirzaian. Recited in 3 different languages by 3 monochromatic heads in an endless chain of suffering and endurance, 1555 expresses the trauma and anonymity of the human condition and the infinite cycle of casual, impersonal death. The 4 large untitled abstract canvases, demonstrate a more lyrical side of her work, referencing both the vast landscapes of her Iranian birthplace and her practice as a writer and poet. Balassanian describes them as ‘gestures of writing’, a calligraphy of brushwork resembling breeze through fields or streaks of rain, conveying an aura of awe and reverence. These serene works have a kind of inner rhythmic choreography - of latent motion viewed from a quiet, stand-still place of contemplation.

Mohsen Vaziri Moghaddam b.1924 - 2017 (Iranian, Italian) is acknowledged as a pioneer of Iranian Abstractionism and leading figure in the development of contemporary Iranian art. As an educator, his contribution to contemporary Iranian art is unmatched, particularly through his iconic books, Drawing Method and Painting Guide (1981) which have become standard texts. During his lifetime Vaziri was the subject of numerous exhibitions internationally, exhibited extensively at the Venice Biennial and was collected by MOMA NY. He is represented here by works spanning 5 decades; from the painterly abstracts of the 1960s to the hard-edged geometry of the sculpted and painted aluminium wall reliefs of his later years. Vaziri’s work is characterised by a restless experimentation of form through materials; deployed in the ‘Transition’ series with the use of colours and forms inspired by sandpainting and the opto-kinetic movement – to his later adoption of painted aluminium. These seductive aluminium works play with the tactile tension between hard materials and reflected light, painted versus polished surfaces and the appearance of machine versus man made.

Timo Nasseri b. 1972 (Iranian, German) is a multimedia artist whose choice of material ranges from stainless steel to magnets, mirrors, ceramics and wood. Nasseri draws inspiration from the geometry found in a diverse range of subjects, including quantum physics or the complex organic patterns found in Islamic architecture. Nasseri’s recent Universal Alphabet series began with a fascination for the deconstructed ‘Razzle Dazzle’ patterns deployed as camouflage on war ships in WW1. He Commented, ‘I took the original Razzle Dazzle designs and gave them back their power as demons, gods and protectors. By mirroring basic geometrical forms, suddenly you get these hybrids between an insect, a traditional mask, a demon and a totem – forms which seem to be charged with a certain mystical power.’ Featuring 750 ‘letters’ cut from metal, ‘The Order of Everything’ (2018), takes this re-invented and deconstructed alphabet of signs and signals to its most reduced and charged form.

Majid Fathizadeh b.1977 (Iranian) is an emerging Iranian artist based in Iran, creating work inspired by the European Old Masters but which depict the chaos of our own times, from environmental catastrophe to biopolitics and the relentless humanitarian disaster of war. His dark and enigmatic sepia-toned works feature a macabre cast of characters engrossed in a grotesque and relentless dance – a darkly seductive, densely populated underworld where naked figures crawl into the mouths and bellies of gigantic fish and giants wander blasted landscapes. Often created on a monumental scale, these savage and unsettling satires on contemporary folly are told with a cacophony of visual storytelling, delivered with a painterly delicacy. A collaborator with Fathizadeh, the novelist and screenwriter Jean Claude Carriere notes, ‘He (Fathizadeh) exposes his own world beside ours. The world which year after year has deepened and coloured itself. Majid has opened the doors to us and dares us to follow him.”

This exhibition, along with ‘Epic Iran’, occurs at a time where there is a particular interest in contemporary and modern art from Iran and the Middle East and the internationalism that this proliferation of creative voices has fostered. The working intention of AB-ANBAR includes both a meaningful presence in Tehran and the ambition for further exhibitions from its gallery roster in London, TBA this summer.

Ab-Anbar will host an artist talk by Timo Nasseri as part of the gallery presentation at Cromwell Place.

Notes To Editors:
AB-ANBAR is an independent gallery, founded in 2014 The gallery’s program is centred on promotion of thought-provoking artists from the Middle East and other latitudes both locally and internationally, including Raha Raissnia, Sonia Balassanian, Majid Fathizadeh, Timo Nasseri, Ghazaleh Avarzamani, Mohammad Ghazali, Taha Heydari, Avish Khebrehzadeh, Sirak Melkonian and Y.Z Kami. The program is committed to discovery and experimentation, with a mission to strengthen the position of contemporary art in Iran and abroad.

A solo presentation featuring 10 works that poetically illustrate Lou’s engagement with the natural environment, abstraction, and her own oeuvre spanning 30 years.

A solo exhibition by the important American-Italian-Lebanese artist, Douglas Abdell. Curated by Morad Montazami, the exhibition is a survey taken from 4 decades of Abdell’s work.

This special presentation showcases an exhibition of works of Sebastião Salgado’s most iconic and career-defining images from projects such as Genesis, Migrations, Serra Pelada, Kuwait, and Amazônia.