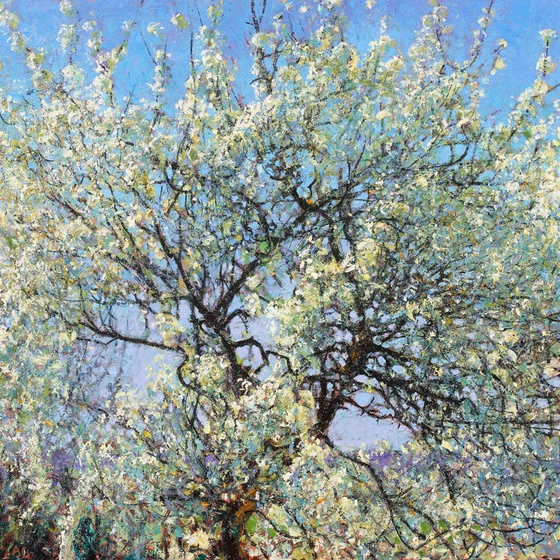 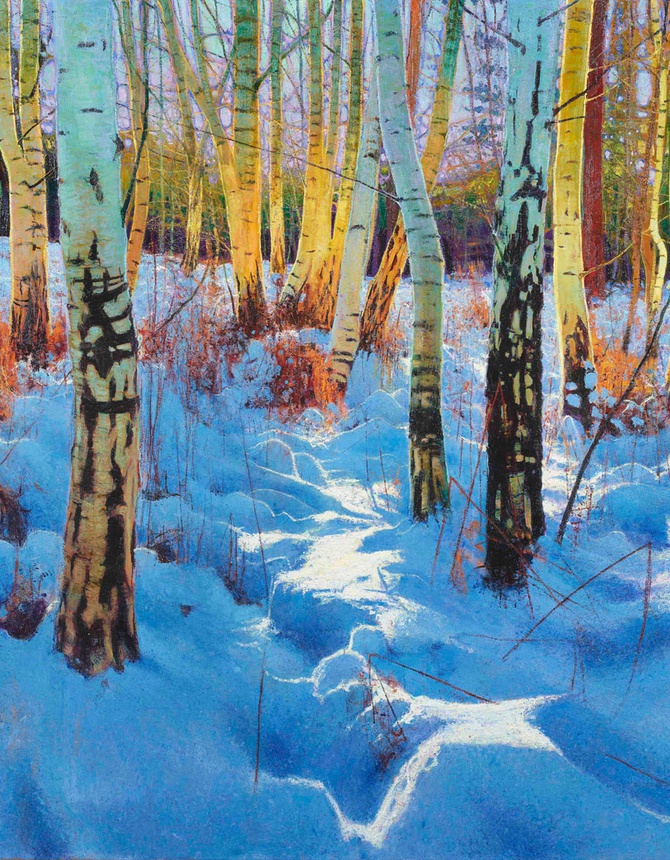 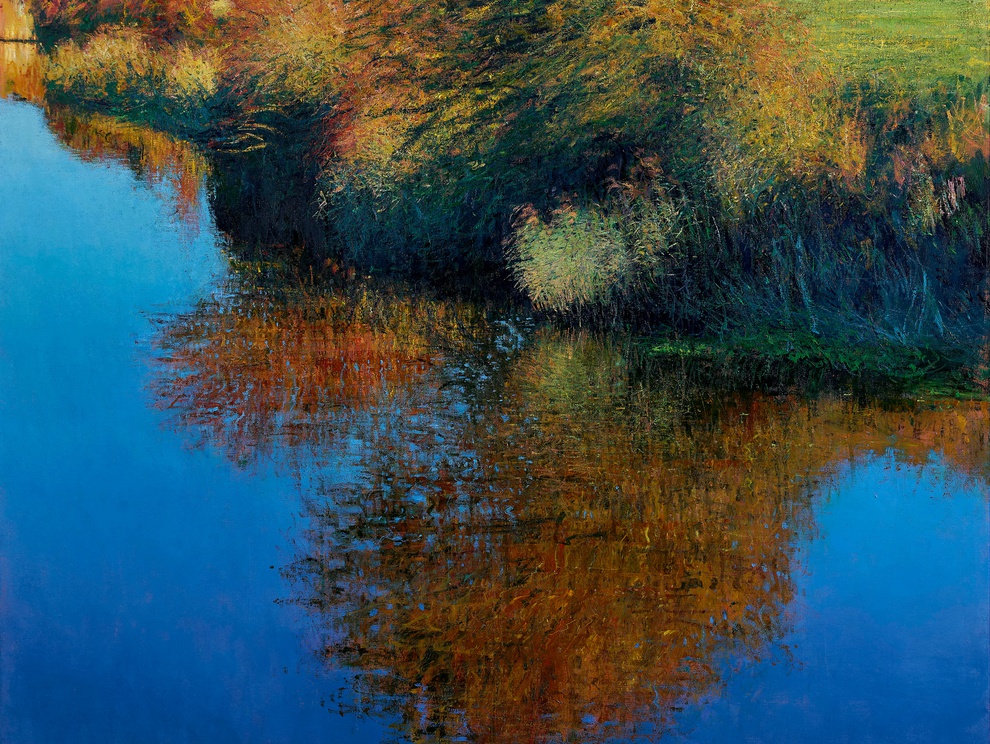 In December 2020, John Martin Gallery presented Alone with Trees by Andrew Gifford at Cromwell Place. The exhibition presented paintings of woodlands the artist had first begun in 2018 and which reached its conclusion after a period of intense activity during the first lockdown and through to the early autumn of 2020.

Gifford’s paintings had a remarkable impact on an audience who had found similar sanctuary in woods during their lockdown year. The exhibition – which was forced to close as Tier 3 restrictions started –  marked only a moment in the evolution of the artist’s project. Through January and February Gifford made regular visits to woods, sometimes working through freezing weather and heavy snowfall to produce an intense series of winter paintings that he developed into larger canvases during the spring.

As he continued working during the summer and autumn Gifford’s paintings narrowed onto smaller elements within the woods; on sprays of hawthorn blossom and the leaf tips on branches, as if he set out to immerse himself ever further into the trees themselves.  During the process Gifford remarked how he felt driven to test himself, choosing subjects so complex that they were almost unreadable and where he had to rely only on thickly applied paint to describe the dense layers of light, the textures and dampness that overwhelmed his field of vision and which he wanted to describe. The final paintings, as well as all the studies from 2021 will be shown for the first time in four gallery spaces at Cromwell Place.

Andrew Gifford is recognised for his innovative paintings and light installations based on the landscape. His work has been widely exhibited, including solo public shows at Leeds City Art Gallery (2004), Fruitmarket Gallery Edinburgh (2001) and Middlesbrough Art Gallery (2000). In 2014 his exhibition Two Cities: Paintings of Jerusalem and Ramallah toured with the British Council to Al-Ma'mal Foundation, Jerusalem and the A. M. Qattan Foundation in Ramallah.  Also in 2014 an exhibition, ‘Cities of the Northeast’ was shown at the University of Northumbria and in 2016 his exhibition ‘New York Paintings’ was exhibited in New York at the Spring Masters in the Armory building.  Other exhibitions have taken place in Hong Kong, Singapore and Houston.

His work is included in the collections of the New Art Gallery, Walsall and Chatsworth House and in private collections in Europe, USA and Asia. A monograph on the artist was published in 2005.

I wanted to make paintings that immersed you in the woods, where your senses could be overwhelmed by the confusion of branches…I had to find compositions that could work as paintings, but still felt arbitrary

The gallery has participated in numerous art fairs in Europe and the US and has collaborated on exhibitions with public institutions including Leeds City Art Gallery, Penlee House, Middlesbrough Art Gallery, Fruitmarket Gallery and the V&A. The gallery uses Cromwell Place to present new artists, large-scale exhibitions and use the Member spaces for meetings and administration.