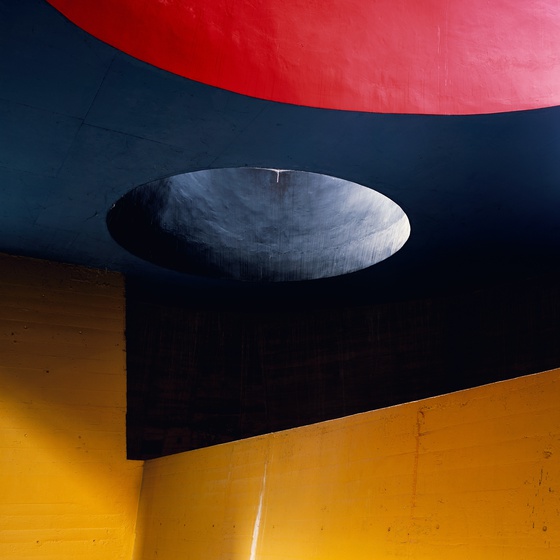 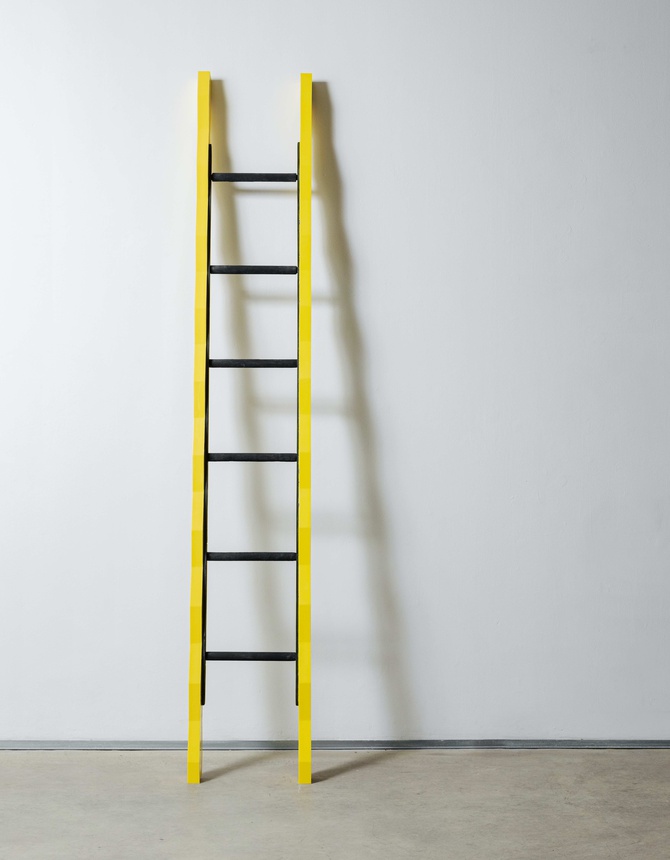 What's On / Past exhibitions / ammann // projects - art and architecture

The show features works by Ron Arad, Hélène Binet, Rolf Sachs, Studio Nucleo and Richard Woods, all focusing on the dialogue between art and architecture.

The main focus of the exhibition centres around London based artists to celebrate the new ammann//projects company and London's reopening after a long time shut down.

Ron Arad is recognised for his remarkable designs and architectural work, gaining his works a place in significant museum collections. His vision and talent are combined in the 'Box in Four Movements' matriculate design from 1994. Initially shaped like a box, the work can be manipulated into the shape of a chair with the help of four rotating pieces.

The photographs of Hélène Binet transform architectural masterpieces into breath-taking photographic compositions made of light and shadow. This earned her the honour of being the recipient of the prestigious Julius Shulman Award of 2015. She has captured iconic images of works by contemporary architects, including the Heydar Aliyev Centre in Baku by Zaha Hadid.

Late Dame Zaha Hadid, the first woman to receive the Pritzker Architecture Prize in 2004, will be represented through Hélène Binet's photography, showcasing her architectural masterpieces.

Rolf Sachs is a Swiss conceptual artist who continually challenges and analyses people's exposure to everyday objects. The work 'Chip on the Shoulder' is constructed by a stone weighing down a chair, through which Sachs addresses its viewer's emotions and triggers a reaction.

Studio Nucleo is an interdisciplinary art and design group that explores the interface between contemporary art, design and architecture. Premiering at this exhibition, the 'Boolean Ladder' explores the concept and use of Boolean data and Boolean algebra. It is analysing the role of past experiences in giving meaning to forms, contractions and expansions of material reality.

Richard Woods is mainly known for his architectural installations and structures. Using bold patterns and vibrant colours, Woods offers an absurd spin on DIY culture and aesthetics. The bench exhibited in this exhibition showcases his wood painting technique.

Featuring eighteen new figurative works drawn from the surrealist world of the artist’s making. Charting the migration of a group of figures across a labyrinthine landscape of braided forests and dark waters, Agusto illustrates the surreal universe she holds in her mind, so titled, ‘Within.’

Widely known for his thick, gestural oil paintings Ben Quilty has explored a range of themes throughout his career. From the dangerous coming of age rituals of young Australian men, to the complex social history of Australia, he is constantly critiquing notions of identity, patriotism and belonging.

A solo presentation of a monumental work by leading Australian artist Patricia Piccinini, best known for her transgenic menagerie of disturbing, hyperrealistic creatures.