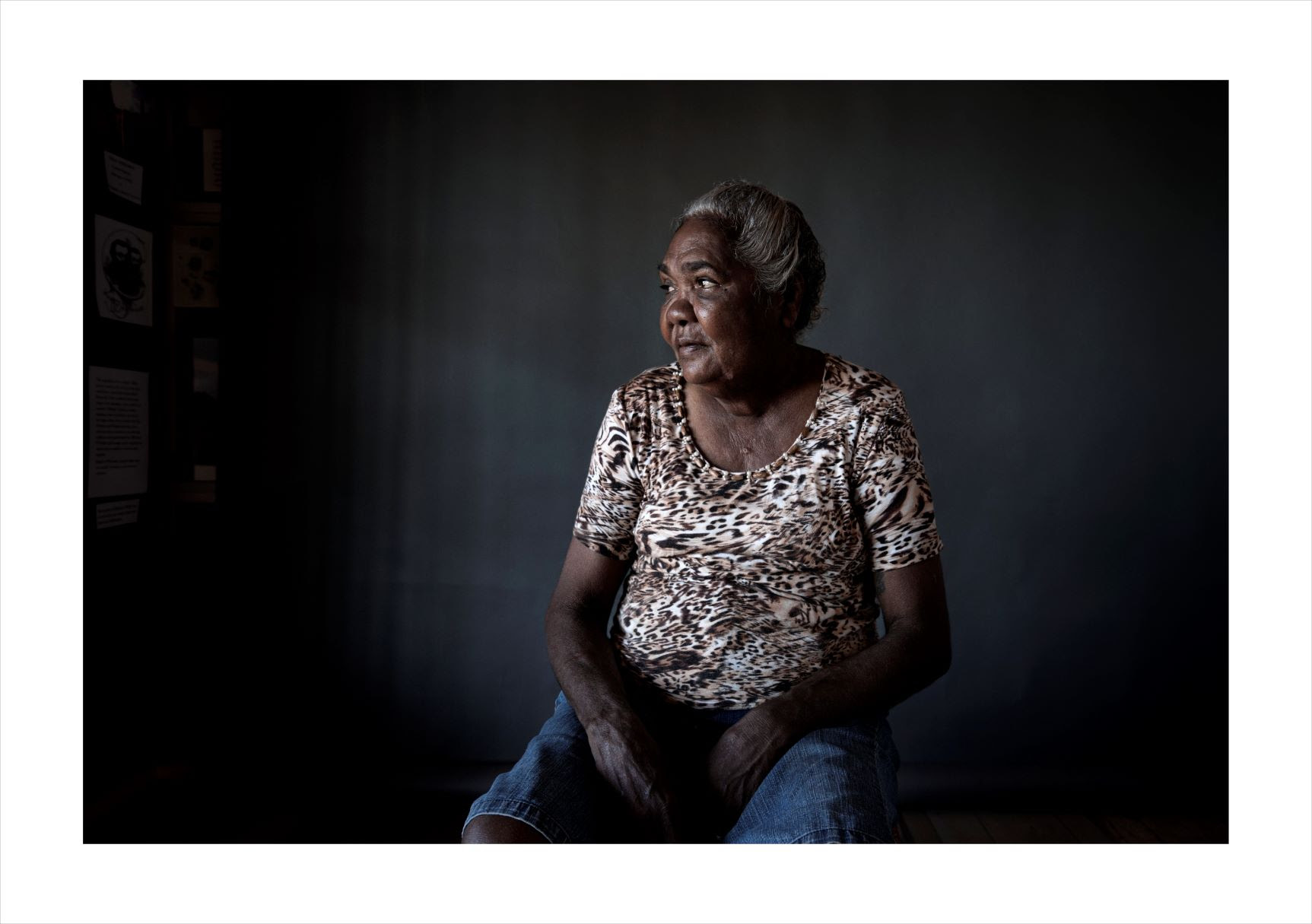 David Prichard has won first prize in the prestigious Taylor Wessing Photographic Portrait Prize 2021 for Tribute to Indigenous Stock Women, his series of portraits of First Nations women who spent most of their working lives on cattle stations in Far North Queensland. The winner of the £15,000 first prize was announced today, Monday 8 November, at the award ceremony held at Cromwell Place in South Kensington.

Second prize was awarded to Pierre-Elie de Pibrac for Hakanai Sonzai, a series of portraits taken in Japan focused on people who exhibited fortitude in the face of adversity. Katya Ilina was awarded third prize for David, taken from a series of portraits that celebrate positive body image and question notions of masculinity and femininity by highlighting their fluidity.

The winning portraits are now on display in the Taylor Wessing Photographic Portrait Prize 2021 exhibition at Cromwell Place, in South Kensington, London from the 10 November 2021 until 2 January 2022, while the Gallery’s building in St Martin’s Place is closed for major redevelopment works. The exhibition features 54 portraits from 25 different artists, selected for display by a panel of judges including Misan Harriman, photographer and Chair of the Southbank Centre; Mariama Attah, curator of Open Eye Gallery, Liverpool; and Dr Susan Bright, curator and writer.

Born in 1966, David Prichard studied photography at Sydney Technical College and has worked in film and photography in Australia, Cuba and Brazil. He was a finalist in the National Portrait Prize, Australia (2018) and his earlier series, Indigenous Rodeo Riders, can be seen in a permanent installation in Normanton, Queensland. This is the first time he has entered a work for the Taylor Wessing Photographic Portrait Prize.

Prichard’s series, Tribute to Indigenous Stock Women, presents portraits of First Nations women who spent most of their working lives on cattle stations in Far North Queensland. Their physically demanding labour as stock women involved a range of duties, from cooking and other homestead chores, to maintaining the welfare of the livestock, often on horseback. The cultural and social history of stock women has gone almost completely unrecorded. Reflecting on the series, David said, “I have always been respectful of cultural and social sensitivities and subsequently built trust with the community, which led me to be invited to photograph the women. The project is not about me. I am only the vehicle for the women to tell their stories.”

Pierre-Elie de Pibrac was born in Paris in 1983 and graduated from business school in 2009 but changed his career path when his first photographic portraits, taken on a trip to Myanmar, received immediate recognition. de Pibrac has since become a widely recognised visual artist, exhibiting extensively in France, the USA and Japan. He has published several monographs and won the Prix HIP 2020 Book of the Year, in the reportage and history category. This is the first time he has entered a work for the Taylor Wessing Photographic Portrait Prize.

The title of Pierre-Elie de Pibrac’s series, Hakanai Sonzai, translates as ‘I, myself, feel like an ephemeral creature’. It reflects the photographer’s belief that his sitters’ forbearance in the face of adversity is rooted in the Japanese national culture of fatality and awareness of impermanence. In Fukushima, he photographed residents exiled from their contaminated homes following the nuclear disaster the city witnessed a decade ago. Other portraits were made in the former mining town Yubari, once known as the country’s capital of coal, now devastated by colliery closures and depopulation. Speaking about this series, de Pibrac said, “Each portrait emanates from long discussions I had with my subjects about a painful event in their lives. In all the pictures I forbid any movement, as if they are trapped by their surroundings with no visible escape.”

Born in the Russian city of Perm in 1990, Katya Ilina bought her first camera as a teenager during a ‘life-changing’ summer exchange in small-town Montana. She has exhibited in Europe and Asia, and is studying for a BFA in Image Arts: Photography Studies at Ryerson University in Toronto, while taking on personal projects and freelance fashion assignments. This is the first time she has been selected for the Taylor Wessing Photographic Portrait Prize exhibition.

Ilina’s entry, David, is taken from Rosemary & Thyme, a series of portraits that celebrate positive body image and question notions of masculinity and femininity by highlighting their fluidity. The series subverts time-honoured tropes of representation in Western art by depicting male sitters in poses traditionally found in portraits of females. Ilina took inspiration from Grayson Perry’s book The Descent of Man, which looks at how rigid masculine roles can be chronically damaging to men. She was introduced to David Adelaja through a modelling agency, and photographed him at a studio in Toronto, using a digital camera and natural light.

Speaking about her work, Ilina said, “I strive to show beauty in all its forms. I’m interested in things that make us human in the modern world and everything I do comes from my personal experiences, one way or another.”

The annual Taylor Wessing Photographic Portrait Prize, now celebrating fourteen years under Taylor Wessing‘s sponsorship, is one of the most prestigious photography awards in the world and showcases new work submitted by some of the most exciting contemporary photographers. The prize-winning photographs and those selected for inclusion in the exhibition were chosen from 5,392 submissions entered by 2,215 photographers from 62 countries. A total of 54 portraits from 25 artists have been selected for display in the Taylor Wessing Photographic Portrait Prize 2021 exhibition.

This year’s prize is displayed at Cromwell Place in South Kensington. The National Portrait Gallery building in London is closed until 2023, while essential building works take place on the Gallery’s Inspiring People redevelopment. The popular People’s Pick feature, which offers the public the opportunity to vote for their favourite portrait is running online on the Gallery’s website.

Judged anonymously, the diversity of styles in the exhibition reflects the international mix of entries as well as photographers’ individual and varied approaches to the genre of portraiture. Photographers were again encouraged to submit works as a series in addition to stand-alone portraits.